Joel Multimedia is the brainchild of Varghese Thomas, an enthusiastic and passionate advertising professional with over 15 years of experience with multinational agencies in India and abroad.

It is one of the fastest growing Agencies with immaculate expertise in Brand Communication, Creative Solutions, Media Planning & Buying.

The team is spearheaded by Varghese Thomas and propelled by an experienced team of professionals who bring with them immense experience and value. Their forte was responsible in winning some big brands over the years.

The Agency’s credit rating has also been very good when it comes to paying media owners and vendors. 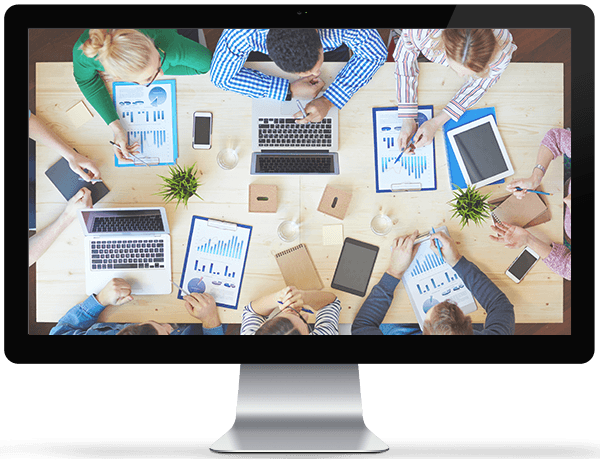 “The best ideas come as jokes. Make your thinking as funny as possible.” — David Ogilvy, founder of Ogilvy & Mather

Varghese Thomas, Founder & Director of Joel Multimedia is a multifaceted personality who has had a very interesting and eventful career. His inspiring journey is testimony of the adage that ‘Hard work takes you a long way!’

Like any other ambitious youth who wanted to make a mark in the city of Bollywood, Varghese explored many jobs and business opportunities before he accidently began a career in Advertising.

His first stint was as a Media Assistant at Enterprise Advertising, one of the best creative agencies of that time. Varghese learnt the nuances of campaign execution, implementation and was soon offered a crucial role in assisting his peers in Media Planning & Buying. He learned the game of TRPs, GRPs, Reach & Frequency and OTS during this period. This stint gave him a really big impetus to start an eventful journey in the world of main stream media industry which is media planning and buying.

He got into the limelight of media industry especially ‘buying’ which is a key function of any media agency when Ambience got merged with Starcom MediaVest in the year 2000, which was the media arm of Leo Burnett & Orchard Advertising. It was a significant milestone as Starcom played a vital role in shaping what Varghese is today. He found a new high while working on formidable brands such as Heinz India, Zydus Cadila, Fiat India, HDFC AMC, Western Union, World Gold Council, Singapore Tourism & UltraTech Cement.

Like any visionary, Varghese was dreaming big and wanted to make a mark in the field he loved the most so he floated Joel Multimedia in the year 2008. Eleven years into the business, the Agency already has over 20+ happy clients from small, mid-level and large-scale companies and his journey continues to inspire his associates and employees.

Varghese strongly believes in the principle of ‘There’s no substitute for hard work’ and it has been a key driver in his professional growth story, bringing him the love and appreciation of the clients and media as well.

Gincy Varghese is a quintessential woman of substance who has not only been an inspiration to Varghese but has also been rock-solid support in building a formidable reputation for Joel Multimedia.

She has an interesting career graph. She is a post graduate – MBA in Marketing and also holds a certificate in teaching.

Gincy started her advertising career with Prachar Communications one of the leading Media Buying Agencies in Mumbai in their media department. Her hard work and commitment were always applauded by her peers and clients.

Gincy has a special fondness for children. She loves to teach and share her knowledge which is why she took up the teacher’s training program for pre-primary children and started teaching while assisting her husband in their main business at Joel Multimedia and other group businesses. She multitasks and gives her 100% to her profession as a teacher and entrepreneur.

Her interests in advertising, fashion and food have enabled her to be the driving force behind Varghese’s growth story. A gregarious personality, Gincy loves to cook up a storm in the kitchen, play badminton with her daughter and enjoy her favorite TV shows.